The History, Evolution & Meaning of Chypre in Perfumery and a Fragrance Review

The word Chypre is derived from the French word for Cyprus.

Despite being commonly used in many perfumes, it is one of the lesser known perfume accords.
[Note: An accord is a blended mix of two or three ingredients, to create a new and unique fragrance].

A Chypre fragrance is characterised by the contrast between fresh top notes, e.g. citrus, lavender, and a rich woody, oakmoss base.

It has a history spanning more than 4000 years, with the first raw materials being used to make perfume emerging from a Mediterranean perfume factory. Many of these raw materials constitute elements of the Chypre family, including wood, rosemary, lavender, bergamot, rosemary, moss and coriander.

More than 1800 fragrances can today be listed under the Chypre umbrella.

Go on Vacation with Chypre

Let your memories travel with a sense of Chypre

Cipria & the Olfactive Family of Chypre

The Mediterranean island of Cyprus is known for being the birthplace of Aphrodite – the mythological Greek goddess of love. Chypre (pronounced ‘sheep-ra’), is one of the most lucrative and outstanding fragrance families.

The oldest perfume factory in the Mediterranean was found by archaeologists in Cyprus over 4,000 years ago, after an earthquake. The first perfume distillery ever recorded was found amongst the ruins.

The ingredient “cipria” can be traced right back throughout history, from the Middle ages, to the Enlightenment, and then into the Renaissance. Cypriots fabricated cypria powder into a cosmetic face powder, which they blended with natural elixirs found around the island of Cyprus. The rise of powdered in Europe during the 17th Century, turned cipria into a hugely popular cosmetic product.

In Italy today, the name is still referred to for cosmetic powder. The cipria powder of cyprus allowed for a strong scent tradition. With a rich and interesting history dating back 4000 years, Coty’s original chypre fragrance is echoed throughout all modern chypres today. The complex yet subtle scent renders it arguable one of the most interesting perfumes out there.

Chypre is not just for Connoisseurs

We are passionate about Chypre in Perfumery 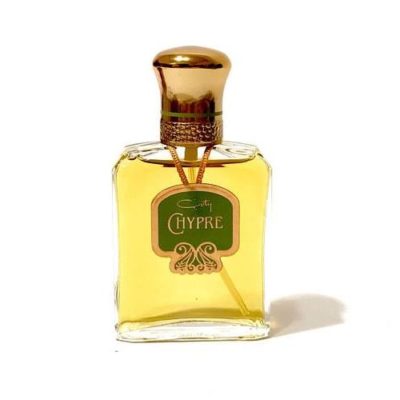 In 1917, a French perfumer by the name of Francois Coty, unveiled a new perfume he had created for women. He named it Chypre. It encompassed woody, citric top notes, combined with balsamic, floral and musky undertones. Coty created the scent using traditional local incense, incorporating essential oils and plant extracts from Cyprus.

The fragrance was then launched that same year, by Joseph Marie Francois Spoturno, setting a precedent for the rest of the emerging modern perfume industry to follow.

While Coty can certainly be regarded as one of the fathers of the Chypre fragrance, he was not the only one. In 1909, perfumer Jacque Guerlain released the fragrance Chypre de Paris. 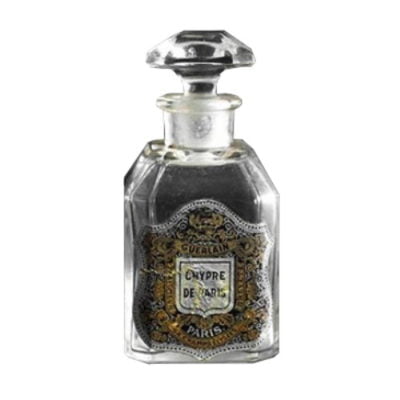 This was followed by D’Orsay in 1912, who released Chypre D’Orsay. Both these perfumes were unisex. It has even been suggested that the Chypre fragrance dates back to the Roman Times, as it was allegedly noted in perfume manuals from the 18th century. 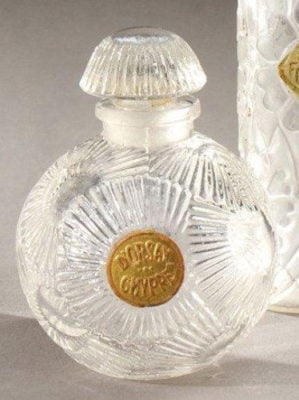 One of the most popular Chypre fragrances was Christian Dior’s original Miss Dior. This floral Chypre was launched in 1947, but the recipe was later changed. 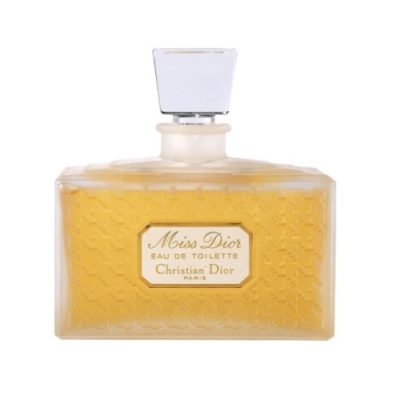 Karl Lagerfeld’s Lagerfeld has been a modern Chypre perfume for both men and women since the 1980’s, followed by Gucci Rush (1999), a Woody Chypre, or Hermès Rouge (2000), a Floral Oriental Chypre. 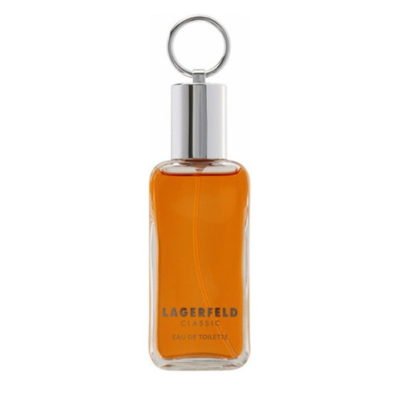 While Chypre may be one of the oldest, long-standing perfume families, it is clearly also a timeless classic, and one which is here to stay. Though many consumers of perfume may still be unaware of the term Chypre and what it entails, it is nevertheless still an imperative part of the perfume industry, an industry which cherishes the rich history which Chypre represents.

Chypre rises above the Mere Functional in Perfumery!

Luxurious Chypre Fragrances In Your Home and On Your Skin.

The Evolution of Chypre

The evolution of the Chypre accord over the years has been tremendous and it now incorporates a hugely varied and wide-ranging number of elements.

It is a classic, versatile scent with a rich history. It embodies the sophistication and naturalness that made it a popular fragrance throughout history.

Stemming from an olfactory group, very few fragrances are as confusing or complex as chypre. The well-balanced but intense aroma leave an affluent and longstanding scent. The allure of fragrances can interest people in perfume forever, even for those who may not have previously thought they would be very keen.

The word ‘intimacy’ has been used many times to describe the overall feeling which chypre fragrances encompass. The perfumer can then twist in some freshness, sweetness or mossy darkness as they wish. However, the underlying originality of the base scent always remains, which makes chypre fragrances so intriguing.

First released in 1917, chypre was one of the first ever widely used commercial versions of an accord. While other accords had reportedly been used by people in the Mediterranean for many years previously, chypre scents became widespread quite quickly, and some argued they even came to define a genre.

Chypre fragrances paved the way for many popular perfumes among us today, including: Miss Dior, Givenchy III, Estee Lauder Knowing, Cristalle, and Bandit, to name a few. Reviews of the vintage Coty chypre scent tends to be quite split, however. People appear to either love it, or really dislike it, and for completely contrasting reasons.

It is easy to see why as well, given its long and very complex list of ingredients: two kinds of citrus, two kinds of herbs and a spice, iris, six floral materials, patchouli, vetiver, woody-amber, three balsamy elements - (vanilla, tonka, benzoin) civet, musk and a salty ambergris element, as well as oakmoss and labdanum.

While this may seem like an overwhelmingly large list of ingredients for one perfume, the distinctiveness that comes of this particular blend is surprisingly smooth. The bitter and lively nature of such a scent calls anyone who smells it to stand to attention.

It is certainly not a fragrance which can be ignored, no matter what your take on it. While the vintage scent is crisp and alert, it is its ability to blend well with other notes (such as floral) that make it appealing to most people.

It is certainly possible to find a combination suitable for most preferences. The soft and coherent scent that embodies chypre fragrances is certainly one of the hallmarks of its unique identity.

Transform your Home into a Sensuous Haven of Boutique Luxury.

Chypre has an earthy, warm aroma.

One might describe it as reminiscent of a walk in the woods, thanks to its hints of bergamot and wood. While most Chypre fragrances can be identified by their mossy, woody undertones, there are several other base characteristics which many Chypre scents can be categorised under, including: Leather, Floral, Fruity, Green, Woody, and Fresh-citric. Chypre fragrances can be described as sophisticated, sensual and mysterious. They offer a unique combination of accords which contrast both warm and cool elements. While classical Chypres tend to be quite rich and dark in nature, more modern versions incorporating moss aromas and ambers, take the fragrance to new heights of complexity. Elements of flowers and woodiness such as patchouli and labdanum (which has a sweet honey like note) are often incorporated into many Chypre fragrances.

The wide range of possible ingredients makes this perfume family hugely inclusive of many ingredients, whilst simultaneously managing to maintain its own unique nature. While the various combinations of elements in each Chypre perfume may vary greatly, you can almost be sure to find base elements of bergamot (a citrus fruit that grows around the Mediterranean), oakmoss (a tree lichen that grows in the Balkans) and labdanum( a resinoid from a plant that grows in the Mediterranean basin) common to most, if not all Chypre scents. The bergamot provides the citrus scent, while the labdanum and oakmoss provide the earthy contrast. Oakmoss being the strongest base element, I what gives that mysterious, long-lasting heaviness. The perfumer can then add top notes as they please, based on a wide range of other elements of their choosing to add charisma to the scent. Chypre scents tend to be more ambiguous and elusory than oriental or floral scent. They can be quite fascinating and irresistible.

Chypre fragrances were traditionally referred to as Autumn/Fall scents, due to their link with natural forest elements. Although they may incorporate a greatly contrasting mix of ingredients, one of the truly extraordinary things about Chypre fragrances is their ability to not allow any one ingredient to overpower another. Almost always, the different notes end up blending together in a way that results in a smooth mix of elements. The versatility of Chypre fragrances is quite possibly one of its best qualities.

Enjoy Beautiful & Unique Fragrances built with the Chypre Accord

See our other Niche Perfumes

White Sandalwood
Flacon Room Perfume
£20.00
A Creamy Sandalwood accord with ... 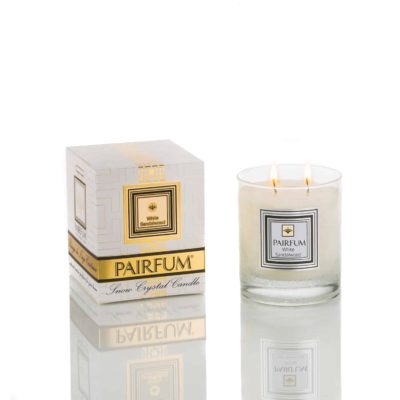 White Sandalwood
Snow Crystal Candle
£25.00
A Creamy Sandalwood accord with ... 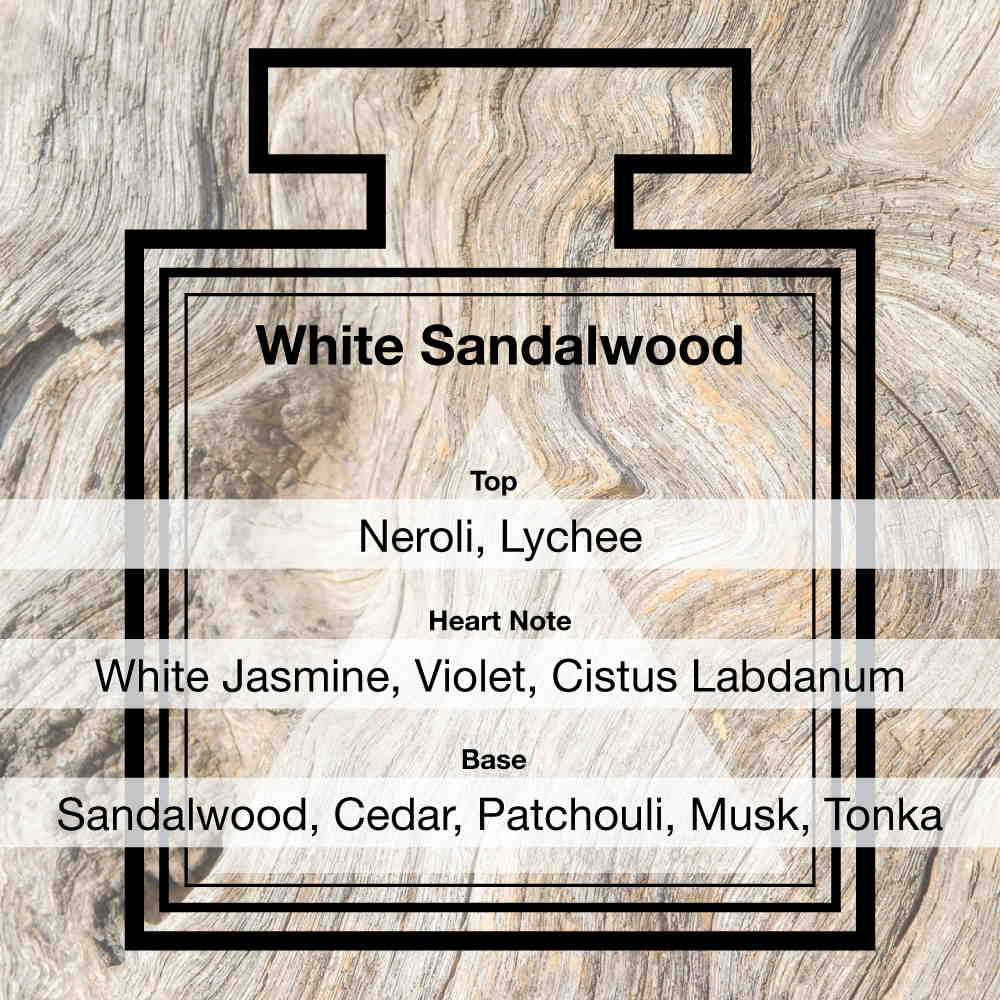 A Creamy Sandalwood accord with a hint of Chypre! It includes top notes of Neroli and Lychee, a floral heart of White Jasmine, Violet and Cistus Labdanum, and a fond of sun-bleached Cedar, Patchouli, Musk and Tonka Bean.

White Sandalwood
Large Reed Diffuser
£40.00
A Creamy Sandalwood accord with ...

Find out More
See our other Home Fragrances

Chypre is an Accord

The beauty of Chypre is its combination of warm depth with light freshness. 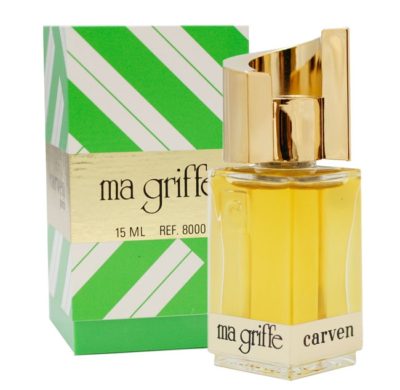 Carven's first perfume, Ma Griffe (1946) , became one of the classics in female perfumery and an archetype for Chypre-Floral fragrances, with its timeless power of seduction.

Here are two quotes that describe this fragrance wonderfully:

Ma Griffe is a youthful blend of green & floral notes on a base of oak moss, musk and vetiver.

Created in 1966, Aramis embodies masculinity and virility, with its Chypre-Leather note. It was very popular in the 70s with men that like fragrances with character. Characteristic of this fragrance is its strong and recognizable leather note, rare in fragrances for men.

The accord opens with green, fresh and spicy notes, while its heart is built around geranium, jasmine and various woods. In the base leather and oakmoss create the character of this note, in combination with ambergris and castoreum. 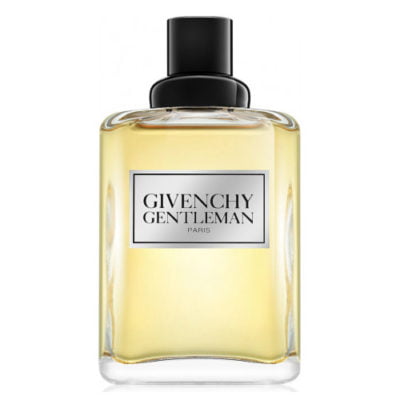 Givenchy's Gentleman for men is a Oriental-Woody note that was launched in 1974.

The concept of this fragrance was the aura of the typical English Gentleman, well-mannered and with excellent taste.

Characteristic of this fragrance is its dominant patchouli & vetiver base note. Its top of honey & citrus is slightly spicy and leads into a floral heart. The base note is softened with amber and leather. 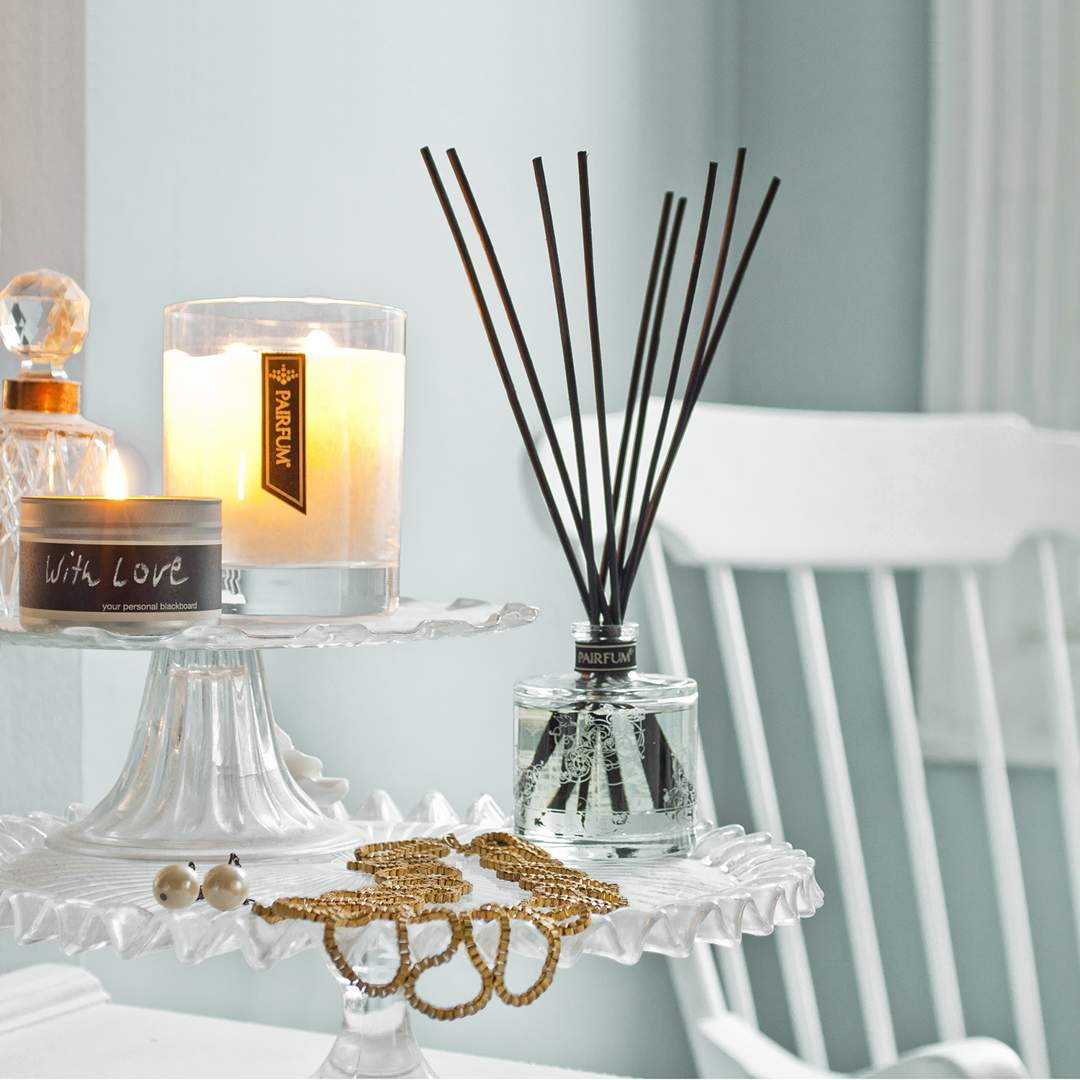 Read in our Blog & Magazine about: 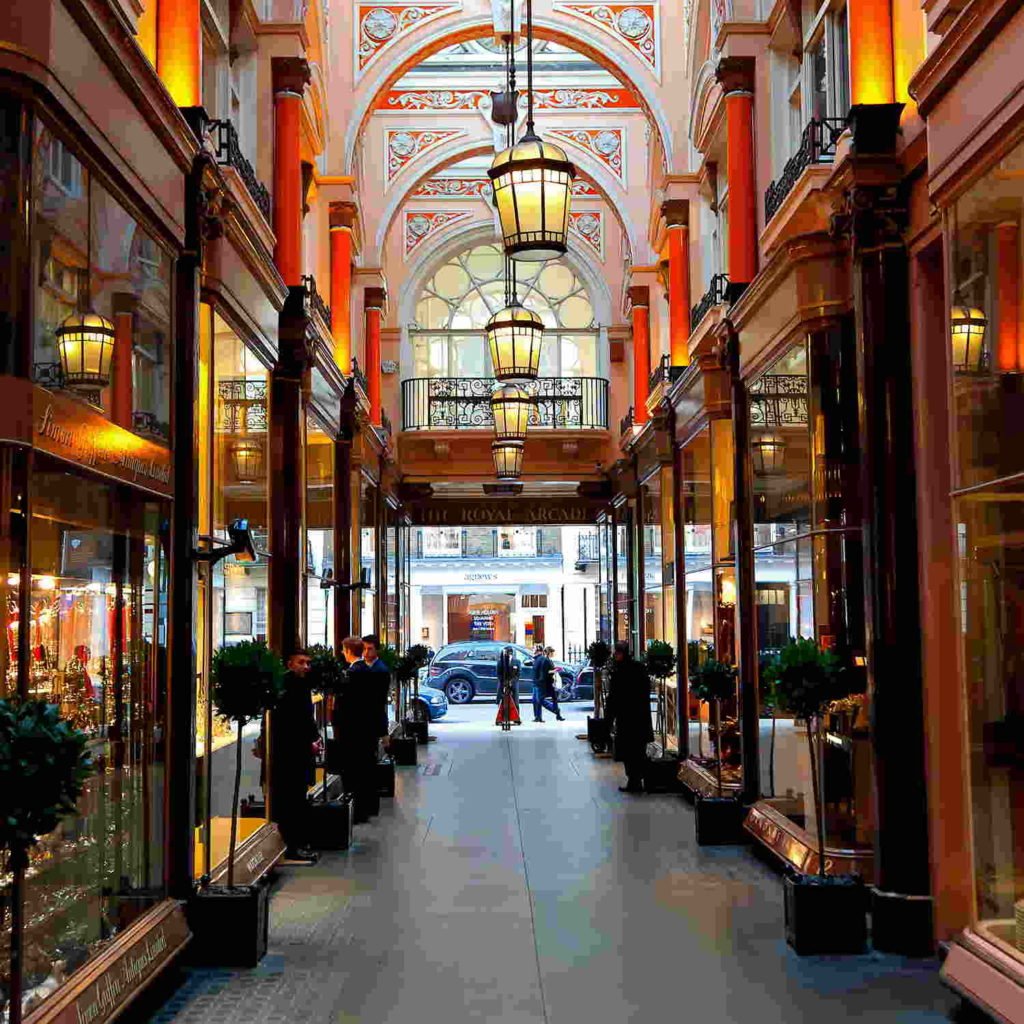 Enjoy shopping in our online Boutique:

Are you a Connoisseur of Chypre?

Browse our Collection of Chypre Fragrances

The World of Pairfum London

Find Information about the following: 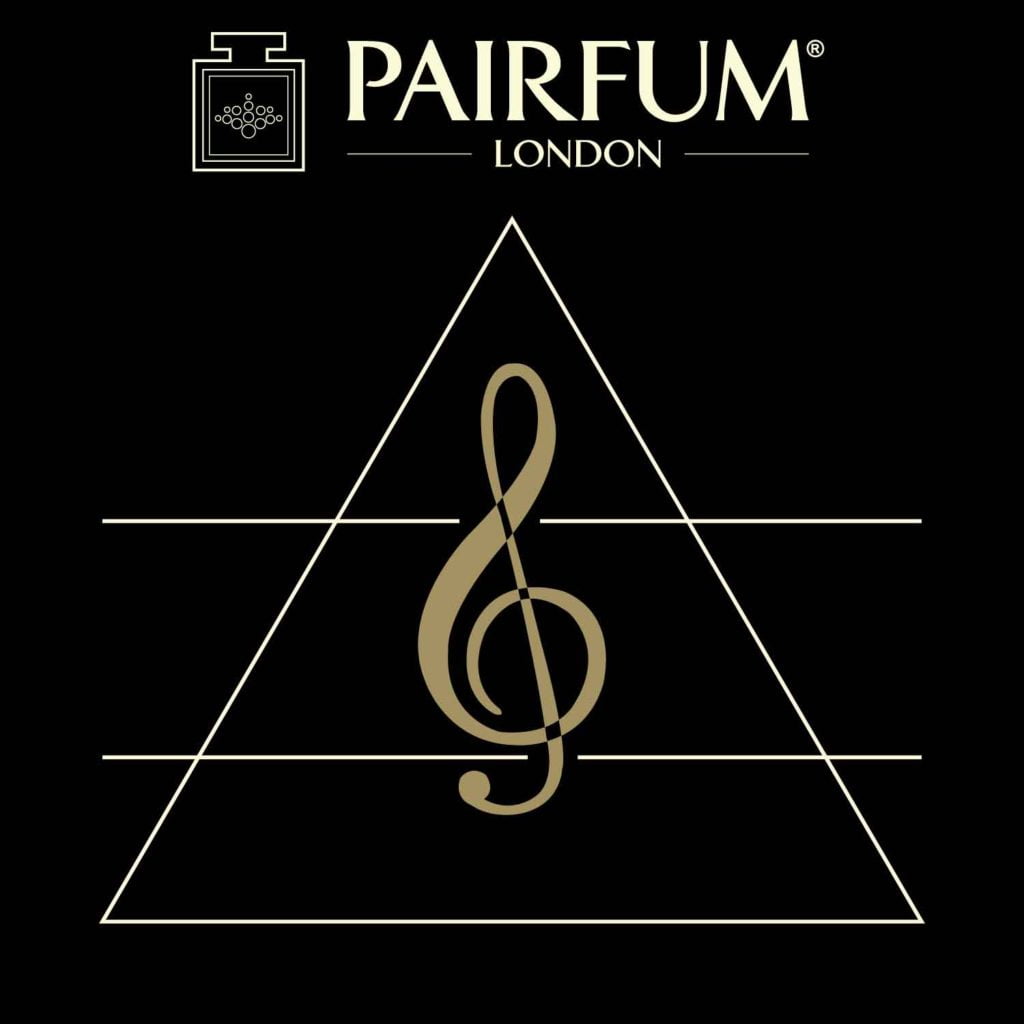 Find Answers to this type of Commonly Asked Questions:

Be Your Authentic Self and Enjoy a Luxury Pairfum 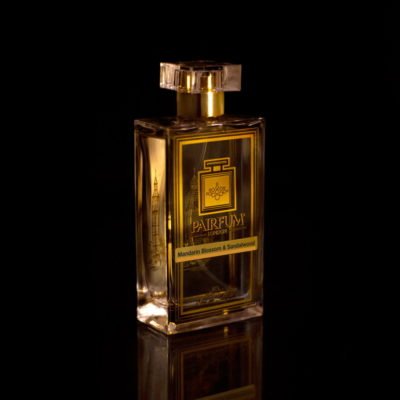