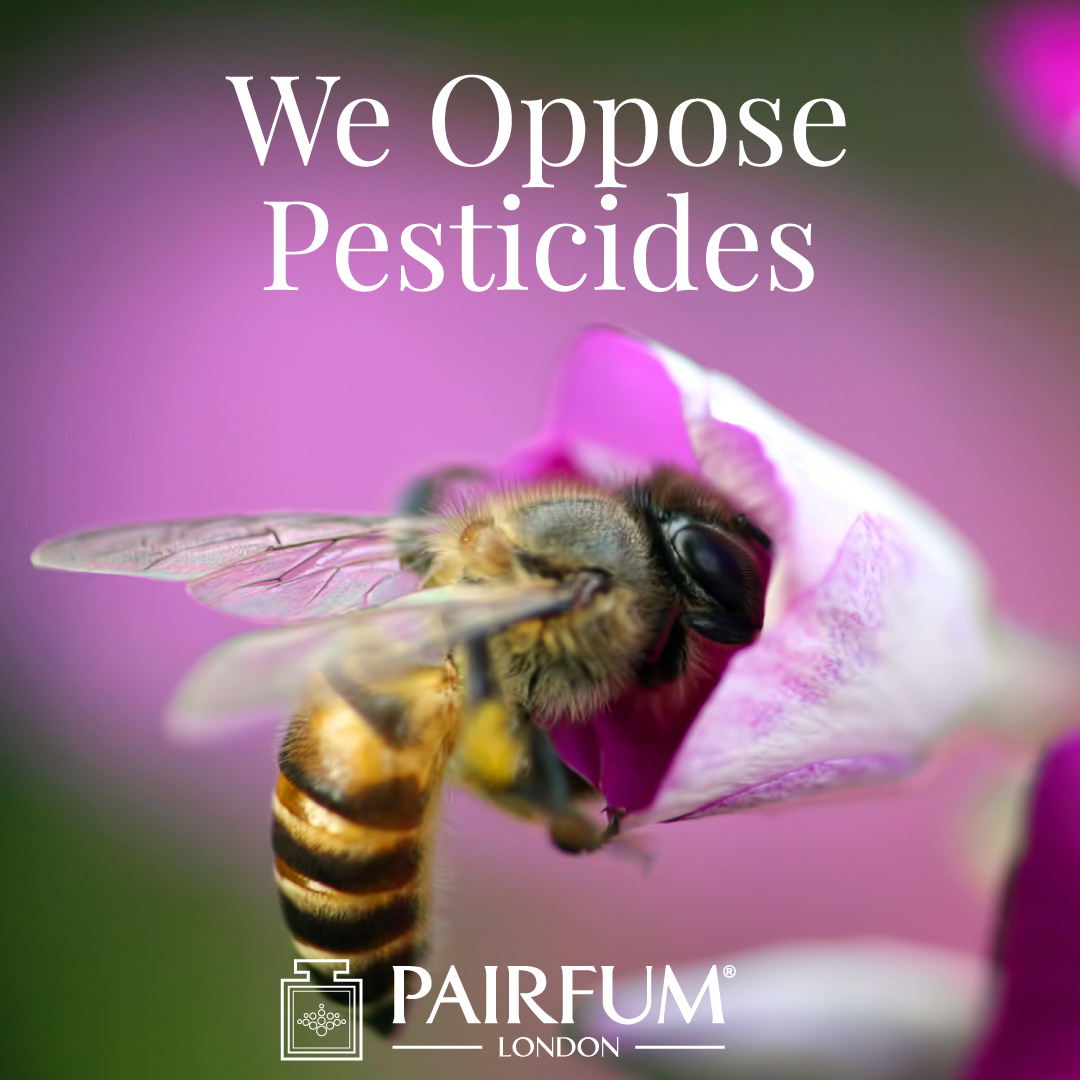 We oppose the UK Government’s decision to allow the use of neonicotinoid thiamethoxam, a pesticide known to kill pollinators and bees in particular.

Their use was effectively banned in 2018 after various studies demonstrated how they decimate the bee population. They also lead to a loss of birds due to a reduction in the insect populations.

Here are links to articles with more information on the subject: 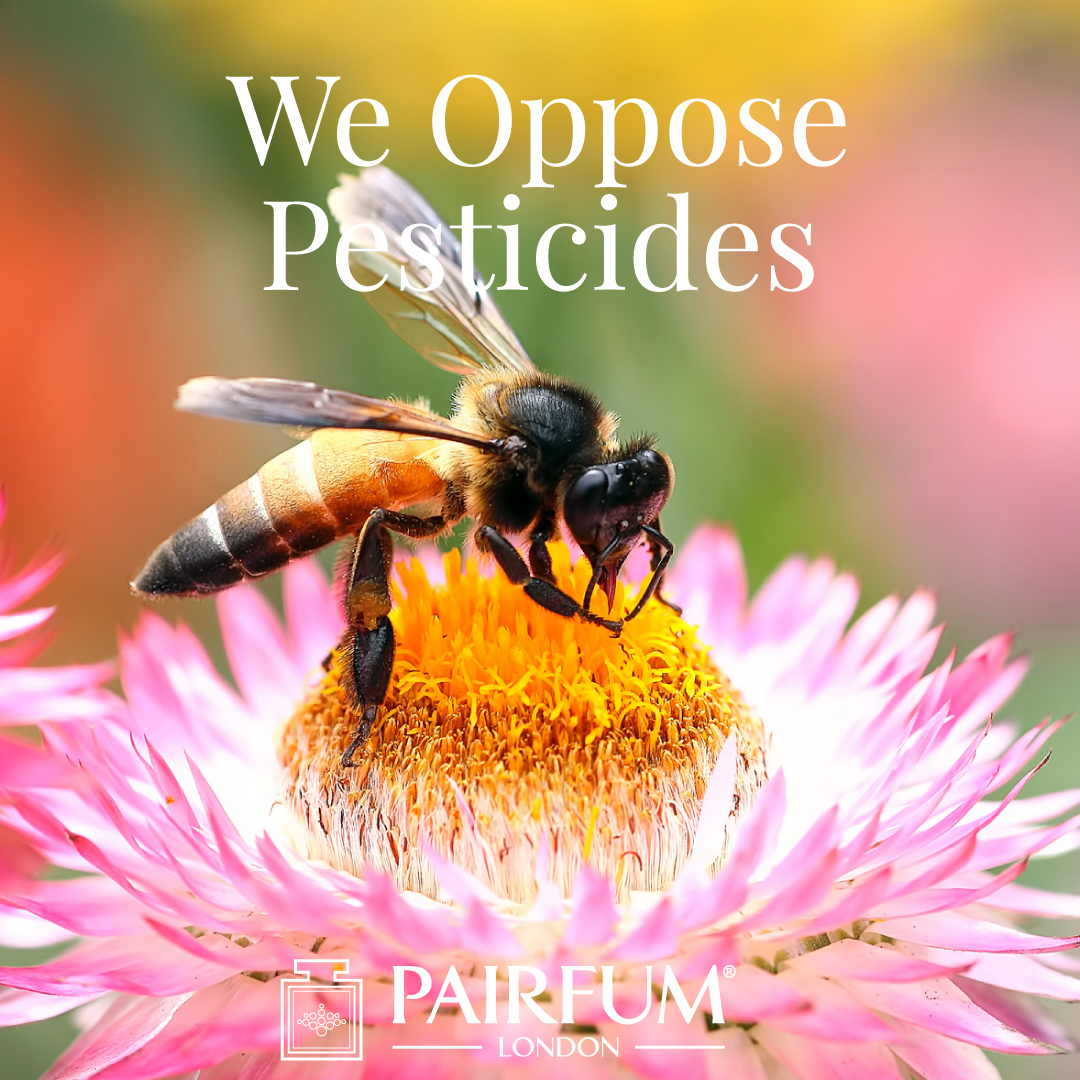 Why are Pollinators so important?

Here at Pairfum London, we are passionate about natural perfumery.

Without pollinators, there is, however, no movement of pollen.

A pollinator is anything that helps carry pollen from the male part of the flower (stamen) to the female part of the same or another flower (stigma). The movement of pollen must occur for a plant to become fertilized and produce fruits, seeds and young plants.

Without this fertilisation we cannot produce natural perfumes. 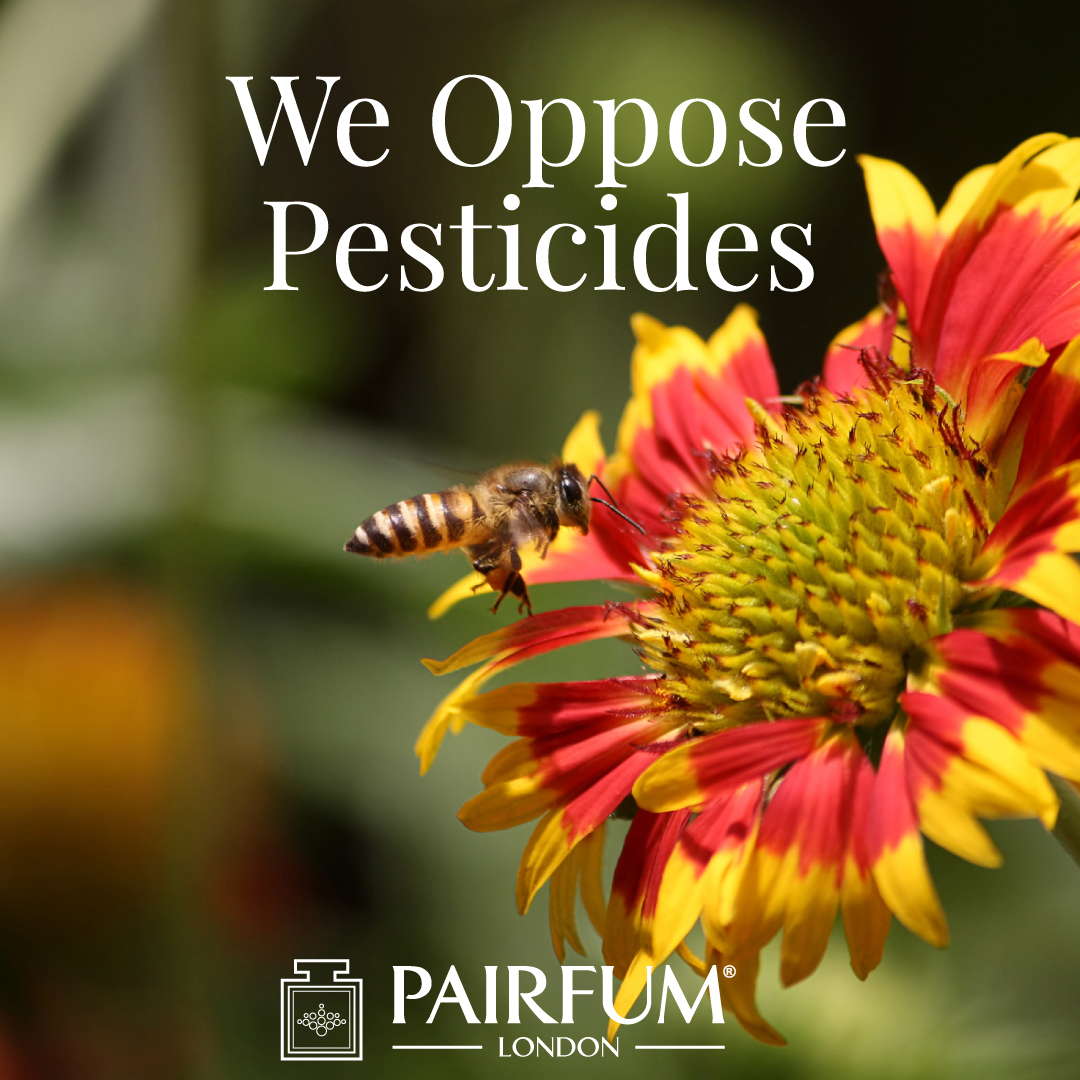 What is the Impact of Pollinators?

A third of everything we eat exists because of the work a pollinators, such as fruits, vegetables and seeds. Pollinators also support the habitat and food of animals.

At least 75 percent of all the flowering plants on earth are pollinated by insects and animals! Plants which help to stabilize our soil, clean our air, supply oxygen and support wildlife. The health of our ecosystems depends on pollinators.

Just in the US, honey bees pollinated $19 billion worth of crops in 2010 and the pollination by other insects contributed to just under $10 billion of crops. 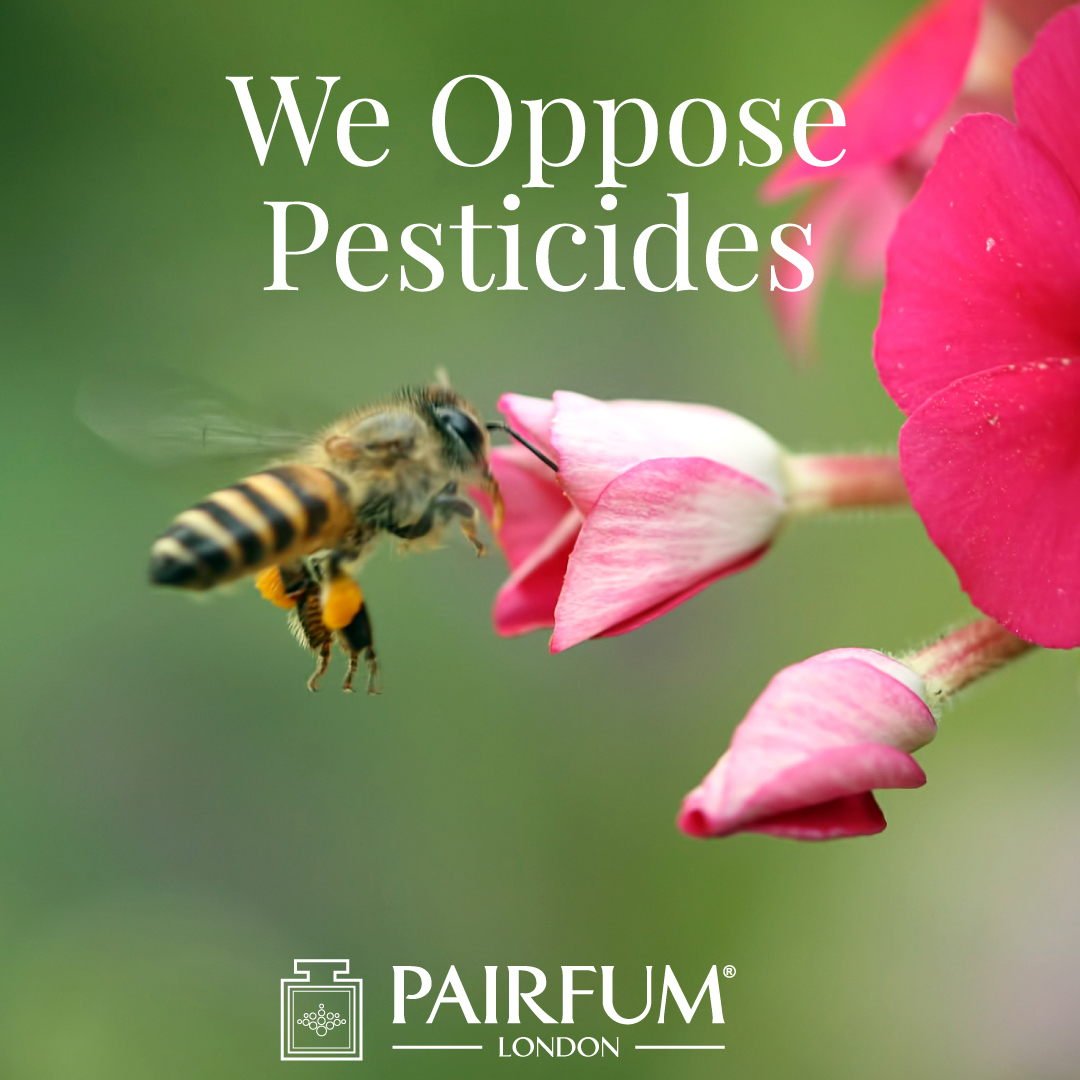