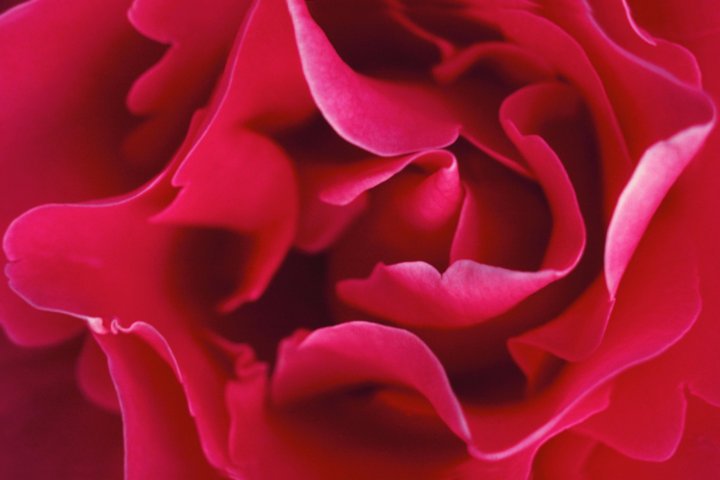 The Rose in perfumery and home fragrance, is also known as the “Queen of Flowers”!

Roses in perfumery accords are coming back to prominence with new creations that are full of character, more daring, outlandish and less old-fashioned.

Few consumers will be aware but elements of rose are are at least to some extent in most fragrances. Roses lend charm to many of the fragrances we describe today as the classics, such as Joy de Patou. It evolved over time, especially in the form of the famous rose-violet accord, and can be found a powdery form in Paris by Yves Saint Laurent, a fruity version in Tresor by Lancôme and a woody variation in Stella McCartney. Burberry’s My Burberry presents roses with greener, more aqueous facettes, just like the “the essence of a London garden after the rain”.

In home fragrance, the classical ‘tea rose’ has been a most popular note due to its combination of performance (or strength) and its appreciation by consumers.

These fragrances all center around the themes of a ‘romantic rose’, a floral bouquet or a rose in a garden. In recent years however, some new creations managed to stand out and it feels like a change of tone.

The rose in perfumery is not the same anymore!

A few years back, a wave of dark rose perfumes came to the market in both perfumery and home fragrance that were inspired by Arabia with tonalities of amber, honey and typically associated with oud wood. These were modern evolutions appealing to a wider audience, rather than the classical rose-oud accord which still dominates in the Middle East.

Now a stronger and darker burgundy version of rose is gradually appearing as a fragrance theme in perfumeries and home fragrance.

It began in 2013, when Miller Harris chose to focus on spices when creating “Rose En Noir”, with added nuances of tobacco and patchouli.

Nevermore (2014) by Frapin is a floral, woody and musky fragrance for women and men, dominated by a note of rose oxide to evokes roses on the grave of Edgar Allan Poe. It is this note which lends this creation its polarising character. Other ingredients in the fragrance include nutmeg, black pepper, amber, atlas cedar and saffron. Roses had hitherto rarely been treated in such a dark fashion, neither in perfumery nor in home fragrance.

Launched in 2014, Balenciaga’s Rosabotanica presents roses in a vegetal / green and spicy fashion. The green or vegetal nuances which are naturally present in rose oil, have been highlighted by this creation.

The Botanist (2014) by MiN New York, a green floral woody accord on a base of earthy vetiver, is also built around these lesser known olfactive facets of the “queen of flowers”.

Rose Cut by Ann Gerard (2014) introduces a ‘sharp rose’ through the metallic aspects of aldehyde in its formula.

The brand “Dear Rose” focuses entirely on the rose note by constructing each one of its perfumes around a different, lesser known aspect of this most versatile blossom.

Through the influence of niche perfumery brands and boutique home fragrance houses, perfumes created around rose are becoming more varied as they succeed in presenting the “queen of flowers’ in a new light and with a strong and unique character, after all a Queen should have many Princesses.

Here at PAIRFUM, we have always had a soft spot for Roses with their many different colours, scents and shapes. It is not surprising then, that we have numerous creations in which the Rose takes center stage. We enjoy working on discovering and re-discovering the rose and its multitude of wonderful facets that inspire us to new fragrances.

A sensuous, intensely feminine floral bouquet with regal rose in harmony with jasmine, lily of the valley and freesia, supported by an intoxicating base of powdery iris, musk, precious woods and crystal amber.

A sophisticated and sensual fusion of pink rose petals and violet leaf, that is soft and yet fresh ! It opens with mandarin and pink peppercorn, followed by a full and elegant floral heart (rose, violet, iris, jasmine, heliotrope, orris) that leads into a sumptuously powdery base of smooth patchouli, musks and soft vanilla.

We invite you to review our fragrance collection and when counting the number of perfumes that contain ‘rose’, we believe you will be surprised.